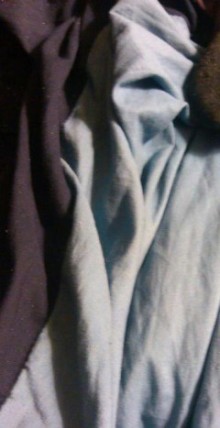 Spirit Faces came first.  They were accidental folds and wrinkles that took human, or creature, forms. I think Spirit Photos are 10X more amazing, but let me tell you about Spirit Faces first. They began a little more than a year ago.  I noticed a scrunched-up plastic bag looked like a little imp or gremlin, with eyes glowing orange. The air conditioning was on, and little flaps that were positioned like ears, were flapping, while the rest of the ‘face’ stood still.    It was unusual enough to be really startling.  Soon after, I found that a paper bag I’d scrunched-up had taken the form of an ‘hard-boiled detective’ with  a busy look, a grimace or snarl,  and a square big forehead.

Next, I noticed sheets and shirts sometimes fell in such a way that they formed faces and figures.  I soon began taking pictures of these. The more I took, the more I found.  I felt reality or some divine being or playful spirit was trying to contact me with some kind of lesson.  It really felt like it was singling me out with all these faces and figures. But for a long time, I had no clue what it all meant.  I photo’d more than 1,000.

Here is “The Archon”, one of many that wear exotic robes and other finery.

Suddenly, “I saw the light.” Since December 23, 2014, I have been delighted to be given, and to photograph, and make available to my clients and friends, an ever increasing number of Spirit Photos, now rivalling Spirit Faces in number. Many have called them inspirational and useful for 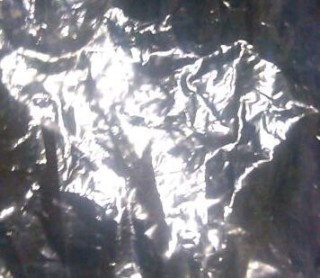 spiritual purposes, such as meditation. They can also answer questions in readings. I don’t mean that they talk — they point out or indicate a path or an answer. They come out of nowhere, they appear in a beam of light.  Entirely insubstantial, they disappear again in a moment.  As perspective changes, so does the vision. There is something of the “how many angels can you put on the head of a pin?” idea going on. One might also call it:  “found art”, as well as ‘pareidolia’, the human ability to find faces and figures in inanimate objects.

HERE is an angel or a fairy queen.  You can see how different this is from the Spirit Faces, above.  This was not made out of sheets or other fabrics. She’s beautiful as any angel or mystical being.

The photo below appears to be Medieval knights,  several banners that show a lady,  all on strange, whimsical terrain. The knight on the right has a cannon on his lap. The image has a surreal Hieronymus Bosch or Pieter Bruegel kind of feeling. Salvador Dali never died, there’s some of him in these various faces and figures, too.

But don’t be surprised if you, or your friend, just can’t make it out…  I think between and third and a half of all people aren’t meant to see these pictures, 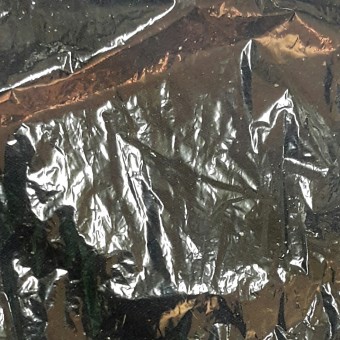 and thus they can be looking right at it, and not see the stated image, at all.  They’ll see something, but it will be what their own mind prefers to see. That in itself is quite a mystery! Perhaps it relates to Karma and what they need to be looking at in THIS lifetime.

Only $7.00.  Eighteen years or over only, please, as Greco-Roman type figures and groups arrived unclothed. (Some are wearing fancy robes, however!)  WHY does the ancient world creep into these?  I don’t know for sure!

NOT TO BE CONFUSED with an e-book which will be coming out later this month on the subject on Amazon/ Kindle, which will consist of different text and images. For more information, please visit http://www.CosmicChurchofChrist.org

“Spirit Photos Are Here” will be sent via e-mail to the address you use when you order the ebook, within 12 to 24 hours of your order.  Or please contact me separately.  Thank You!    ——–Ed