Hi, I am writing this late afternoon on Friday, December 9th.  Anyone who has been “out and about” today may well have noticed the fact that some of the “crazies” have come out into the open, that people are driving more aggressively, and that odd moods are striking people today!  This is ALL ABOUT the Full Moon which occurs tonight.  It is linked with the Eclipse which is also happening, early tomorrow morning! 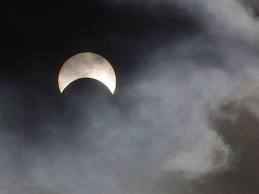 The Moon is in Gemini, and the Sun in Sagittarius.  People who have any planets in from about the 14th to 22nd degree of Sagittarius, Gemini, Virgo, or Pisces will be most affected, since such planets conjunct, oppose, or square the axis of the Full Moon.  Those with planets from the 11th to 25th degree will also be somewhat affected, but not with nearly the same wallop!

I have planets in range of the above axis, and already today:   I thought I lost my cell cell phone and actually drove to buy a new one, but at the last moment discovered where it had gone;  a big misunderstanding happened at a fast food restaurant between a guy with some coupons and the staff;  about 30 minutes later, a fight broke-out behind my shop between a couple of women in a car and some young teenagers;  there were 5 people screaming at each other!   About an hour later, a woman. like some lost soul,  wandered down the sidewalk calling a boy’s name, looking for her lost boy.  When I asked her if she’d called the police, she said, “No, they won’t do anything!  Daaaaa-vid!” She wandered away, in a daze, screaming her child’s name.  A client of mine has a mother who is on meds, and the mother became very angry and disruptive today and kept yelling at her daughter.  Then the daughter. in turn, became so frustrated, that she picked a fight with me over almost nothing, and called and started complaining at me…  I gave her back, tit-for-tat, because it was the Full Moon, and I wasn’t ready to stay mum or play Mr. Nice Guy.    I have never had a difference of opinion with this woman…  I looked at her Natal Chart (she is a Virgo), and she has a Mercury-Neptune square in the 14th to 17th degrees of Virgo–Gemini,  which shows her mind can go into a strange mood at times, and these were ‘brushed’ by both the Sun and Moon today, in 3 different ways:  A conjunction, a square, and an opposition.   So the transiting Moon, coming up to form the Full Moon and the Eclipse tonight and overnight, effected BOTH OUR CHARTS in a negative way — so we had a fight, an unheard-of thing, since we’ve been civil to each other for … three years!

In addition, I have heard squealing tires and honking horns more than usual on the roadway outside, as well.   A client said last night that she was going to make some Vietnamese Soup for me, for lunch,  and I was thrilled;  but then disappeared and I couldn’t get her on the phone!   I 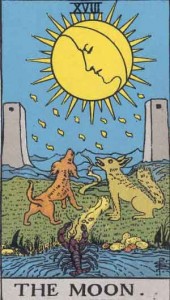 It’s just been a WACKY day, here! The only people whom I’ve talked which WHO ARE JUST FINE are the ones who have stayed home and not got involved in any controversies, because ordinary conversations can descend into differences of opinion on days like this!

I would suggest caution and patience, to the point that,  even though it is Friday night — if you DON’T have to go out, tonight…  you might really have a much safer and happier night just staying at home!   Tomorrow is the DAY AFTER the Full Moon — and the Eclipse will start wearing-off as soon as it is over,  except for those few who have planerts VERY close to the actual degrees of the Eclipse;  for them, the effects of the event will linger — in those areas of their lives, as are shown on their charts —  for an entire month and more — until the next Eclipse, in fact!    x———–Ed