I began to research the Chinese Zodiac in 2008 when I arrived in Tucson, Arizona.  For the first time in decades, I had the space and time to really approach the subject with an intensity and an appreciation that I had never felt for the Chinese System before.  My 40 years of experience with Western Astrology made me realize there must be the same subtleties in the symbolism of the Chinese Zodiacal Animals that there is in the Western Sign Symbols.   I thought I could make some connections between the two methods, but I was surprised at what I discovered — that the Chinese Method could be doubled — turned back upon itself — made to be much keener and subtler than just the use of which of the Animals appears during the New Moon each year! 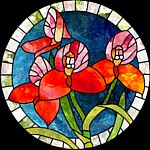 Here are Section Headings in this book, which is packed with not only text, but charts, lists, and comparisons of the Chinese Zodiac characteristics of a number of famous and infamous personalities that are known widely by the general public, and thus form a good basis for study:  A New More Useful Western System – Based on Ancient Chinese Astrology. – New “Stars” for Ageless China – and for Us in the West! – Chinese New Year – Fire, Earth, Metal, Water. Wood. — Tai Chi – Feng Shui – Yin / Yang – Table of Yin Yang Polarities – Table of Elements and Polarities – Example of a 60 Year Cycle – 60 Year Chinese ‘centuries’ – The Basic Twelve Chinese Animal Signs Visualized as a Zodiacal Circle – Table of Chinese Zodiac Animal Years – The Notion of Opposite Animal Signs – “Trines”, Animals that are “Four” 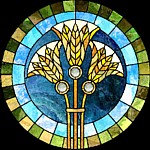 The Brief Biographies section takes up about half the book, following which, those bios are sorted and analyzed.  If you ever fail to enjoy an Ed Augusts e-book,  let me know — we’ll send you another one — or, just give you your money back, as you wish!

AND SOON ALSO AVAILABLE AS A DOWNLOADABLE KINDLE E-BOOK