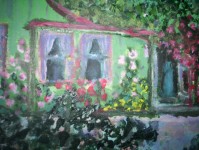 In this book, a collection of short stories, the author asks his readers how THEY feel about an alien child.  No,  not from just another country…  a child who might as well be from another planet!   There are the exiled, the re-existed, the twice-exiled…   Ed Augusts comes close to being thrice-exiled.  His stories are all slightly misshapen,  like eggs that were laid by square-looking birds.  They only hint at the alien nature deep inside the author,  which emerges as the dismaying cry of “Gothic and Grimm”, a later collection of storiesd.  The pyroclastic tumult of these stories is restrained by powerful social contracts having to do with decency and docorum.  Not necessarily are such contracts in-place in his later stories, and he is already on the brink in these. 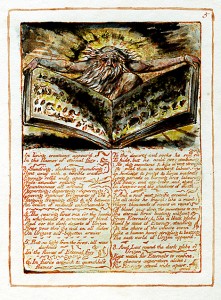 Remember, it is all about the re-exiled exile and how this makes him an outsider,  just as “Outside”a person as anybody Colin Wilson ever wrote about in “The Outsider”.  It begins to look like the author is rising up, over many decades, to become a visionary guru of his own strange cult. That’s what an exile, born in a distant land, can become when his adopted land, America, proves a difficult place to grow up in. Let no one mistake the author’s love of his adoptive land, its mountains and beaches, its prairies and peoples… But when a childhood in this land meant being isolated and haunted, then tempted, overwhelmed, seduced and damaged… all while still a child! ….then the ‘coast is clear’ for the ardent youth to grow up to be an Outsider with a ‘Capital O’,  a person to whom one exile, or two, or three, or four,  cannot touch or reach him anymore,  because he has been swallowed by the unfathomable darkness of his own estranged childhood.  Yet a depth of learning and wisdom grows, despite the isolation and the darkness that grows out of the damage. 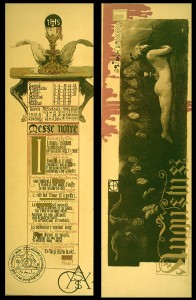 What I’m speaking about is all background material.  Like knowing the bitter roots of an Emily Dickinson or Isabel Allende.  But who can read either the Victorian spinster or the Latin American muse without profiting from the knowledge of their weird childhoods?  Therefore, here we have the exploration of a mind that feels permanently exiled and which weaves social-sounding stories,  presents “cute” families, realistic fantasies, only to have the family unravel in the course of a dozen pages.  What, in the author, makes it sumptuous fun to have the members of a family picked off, one by one?  What possible trauma can explain envisioning someone finding God inside a storage locker?   Or a racetrack haunted ten times more than the Hotel Overlook in King’s The Shining? Take a breath,  you will need it, as you explore the short story world of  Ed Augusts. Born in Germany after WWII to exiled Latvian parents in a Displaced Persons Camp,  spending his infancy behind the white sheet that separated one family from another — despite the best opportunities for success in the new family home –California– he never quite fit in.   The echoes of the echoes of World War Two were bouncing around him as he was weaned.   He comes out of the Mid Century of the most bloody, unnatural century of all of human history.   And yet — there is NONE of that IN these stories — these stories are like an elaborate Halloween disguise that he has devised in order to fool us.

These stories explore the American West Coast through various combinations of Fantasy, 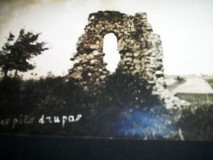 Science Fiction, Horror, Time Travel, and memoir.   Is there any doubt that ordinary and placid childhoods turn into boring and ordinary people?  In the same way,  find someone who has had a strange, haunted, bizarre, threatened, alienated, exiled childhood — and give that person a way to tell you, a story to tell or to write — and you will find that difficult childhoods turn into wild and bizarre short stories! .