94 pgs.   Available as a lulu.com quality softcover & coming soon as a kindle e-book: 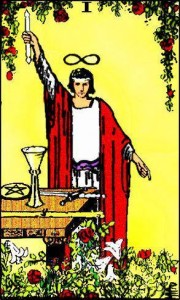 MAGIC WANDS, fun for kids, (Harry Potter, etc), have been used since the most ancient times for serious purposes in Northern Europe & in the Middle East, at least since Biblical times, as any reading of the Book of Exodus will show!  What was Aaron’s Rod, and rods of the Egyptian ‘magicians’,  other than Magic Wands?  We AGAIN find the Bible makes copious and frequent reference to magical practices of various kinds.  In Moses’ first encounters with Pharaoh, he had a Magic Wand on his side, as his Divine Protection.  (Should modern day Shamans, magical practices, do any less than Moses and Aaron did?  Where did that magical rod come from?  It came from God, didn’t it?   So how dare the ultra-conservative religious types tell us that what the Bible says God gave to Moses to liberate the “Children of Israel” from bondage, and to light their way with a light and night and with a pillar of smoke by day,  is dead — gone — extinct from the Universe?  How do we know THAT SPECIFIC MAGIC WAND, the Rod which Aaron used, might not be in the Cairo Museum today, or in the hands of some lucky collector?  Or, hidden in some hole in a habitable cave of the Coptic Christians in the Sudan? Ah!  What marvelous virtues it might have! 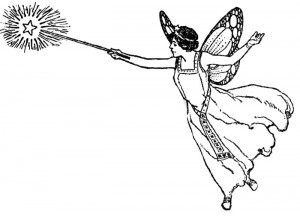 Most of “Magic Wands”, the e-book, isn’t even part of the Christian or Jewish world, since these wands were VERY Northern European and Pagan rather than involving the  Monotheisms of the so-called ‘Holy Land’.   Do you want to explore pre-Biblical times?  It becomes a matter of how far back do you want to go!  What look like broken wands, of no practical obvious purpose other than what they look like — Magic wands! — have been found in Neolithic graves more than 20,000 years old.   This makes sense.  What rude and rustic people would not have a great fighter or great magician who wasn’t armed with a rod or staff that served as more than just a weapon, but which channelled a kind of mystic energy that would have been worshipped by the people of the clan or tribe or cave?  The staff is a symbol of shepherding.  The staff is a symbol of power,  and the staff is a symbol of male sexuality. 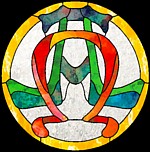 The use of the staff or wand  in magic may or may not be related to DOWSING RODS which are used for finding water, ore deposits, & lost treasure. Ancients worshipped amid groves of trees & were more aware of “earth energies” than we are in our urban, modern world. These ancient forebears learned the amazing power of wood for “magical” purposes.  But nothing can make you quite so interested in a “tool of magic” like Magic Wands, as when they start coming to life for you… that is,  when you find that a wand, or wand-like piece of wood — even a piece of driftwood or a recently felled branch –can exhibit what seems to be, strange powers.  We don’t know if you’ve ever had such an experience, but the author sure did, and that’s what compelled him to research and publish this book!   Wouldn’t you have done the same if YOU’D been in a similar series of circumstances?  First,  a strange meeting with not one,  but TWO women, one of whom definitely influenced reality through her constant companion — her magic-charged wand, — and although this was a superb instance of the romantic possibilities that can be brought about by a determined woman and a hunk of white birch, it does not quite compare to a later experience, along the shorts of the Pacific Ocean,  when an unexpected, sudden, raising of the Dead occurred, using nothing but the Powers of the Mind and the tap, tap, tap! of a Magic Wand.

Images on this page are public domain, except the beautiful STAINED GLASS pattern is courtesy of: http://free-stainedglasspatterns.com  (c) by Chantal Par.